I actually wanted to do the Egg Paratha Rolls which I saw and drooled over at KakUmmi's, originally adapted from Gert's...

But then I was abit hesitated to make a curry just for us 2! (in other word, LAZY..

So, I thought of something quick and easy...but eatable of course and luckily the little sardine can came to my rescue. Hehe...

I used to order Roti Canai Sardin (Sardine Paratha) at Indian restaurants, where the Cook always put flat the paratha, add sardine chunks, onions and some chillies...fold over and cook! Uhhh...it's been quite some time since I ate that!

So, I thought to myself why not do the same...but make it like a topping instead of what the restaurant cook does...( b'coz I'm using the frozen paratha).

And the result was awesome, I would say! I didn't need any other accompaniments for this...as I just ate it like that! Rishie liked it too though he's not a sardine fan!

I would still love to do the original style by Gert some other day, when I have some extra curry!

For those who wanna try her Egg Paratha Rolls, please do try!

Right now, have a look at what my outcome was! hehehe...SARDINE EGG PARATHA! 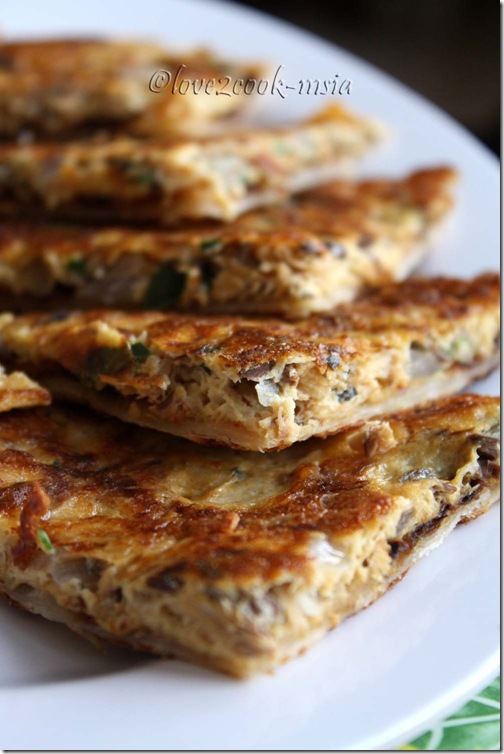 Here's the original recipe from Gert...but I've added some...

1. In a bowl beat the eggs, add in salt, pepper, onion and spring onion (add sardines and green chillies). Mix well and set it aside.
2. In a non stick pan over medium heat cook the parathas (without oil) until lightly brown on both sides. Remove and set it aside.
3. In the same pan, heat up a bit of olive oil. Pour 1/3 of the eggs mixture into the pan, let it cook for 10 second then place the cooked paratha on top of the omelette.
4. Let the egg set before turning it over to cook through.
5. Remove and roll up the paratha like a Swiss roll. Do the same to the other two parathas.
6. Cut the paratha about 3/4 “thick and you can serve it with some curry.
*** I skipped step 5 & 6. Just cut them into equal triangles. 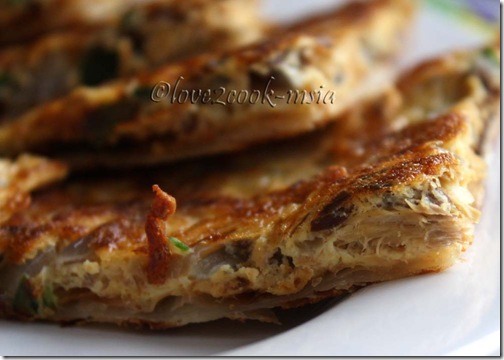 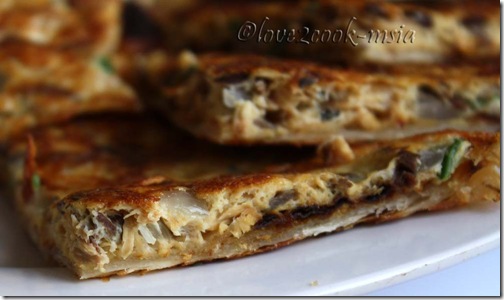 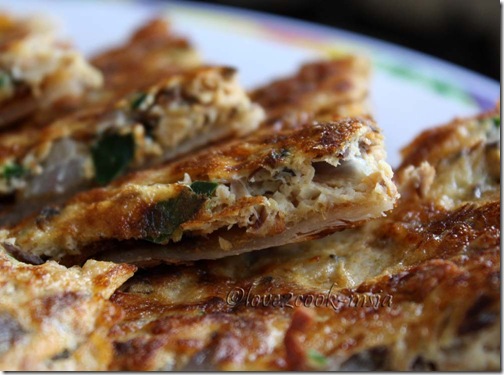 U may also have them with some chicken/lentil curry or whatsoever curry U made!