Suppose to make Lychee Pudding by Kak Hanieliza. But only later I found out that I don't have any canned lychee available at my shelf. But I had canned pineapple, so used it instead.

Followed measurement by Kak Nor and got the result I wanted. Simply delicious pudding, a scoop was never enough! Have it chilled, U'll forget the world...try it! 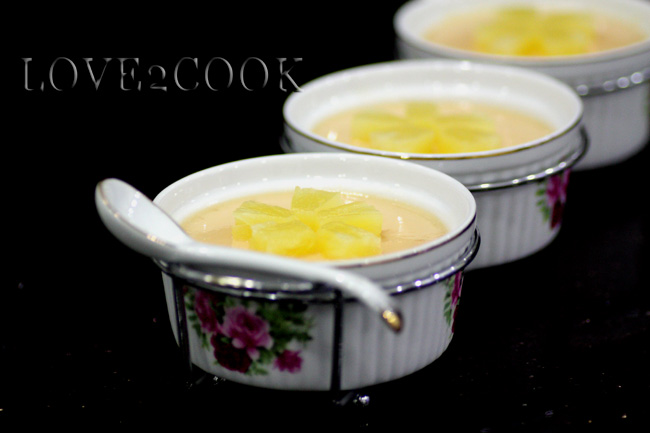 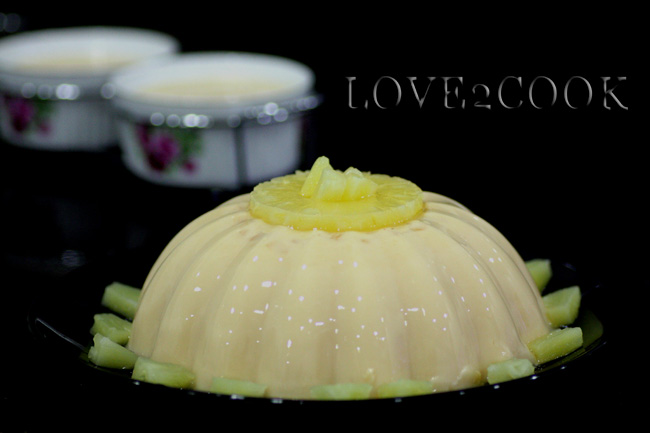 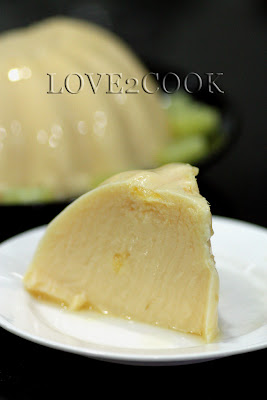 Here's the translated recipe...bunch of thanks to both sifus!!! 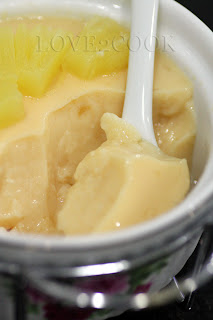 This is a little soft pudding. Scoop to enjoy...;) 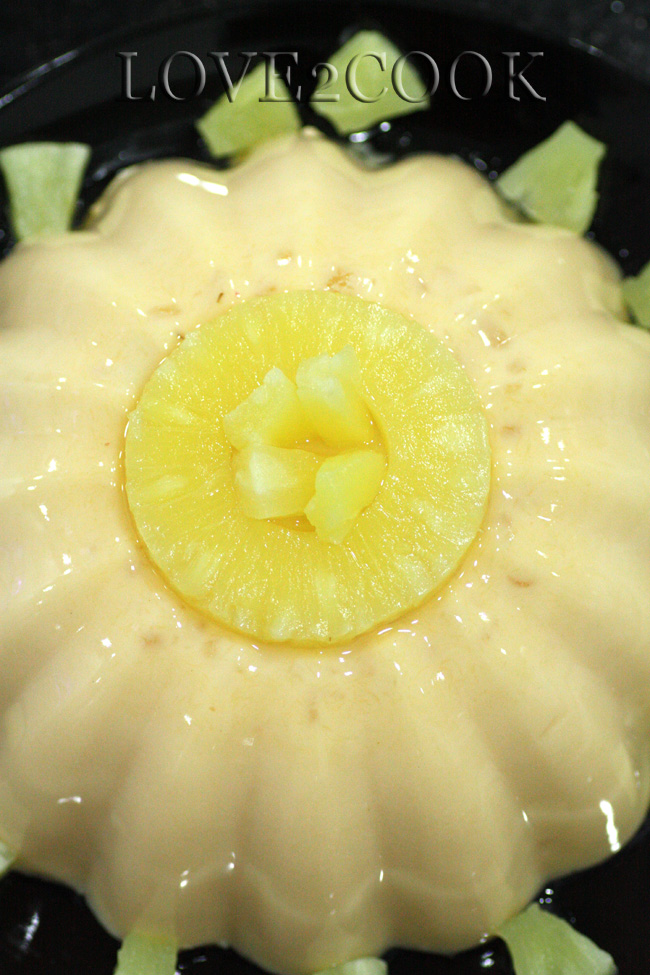 I've posted my version of Lychee Pudding HERE before...!

Aite, have a great weekend ahead friends!