Don't get carried away with the title, this pudding has nothing to do with tofu or beancurd. :)

I guess the similarity of Tofu Fa or Tau Foo Fah's texture and smoothness made Kak Nor to title her dessert as such. This pudding is truly milky, guess why...b'coz it has mixture of coconut milk, evaporated and condensed milk. Serve the pudding chilled with fruits cocktail / lychees / any fruits! I forgot the whole world when scooping it!

Thank you Kak for a simple yet DELICIOUS dessert...yummmm! Here's the translated recipe for easy reference by all... 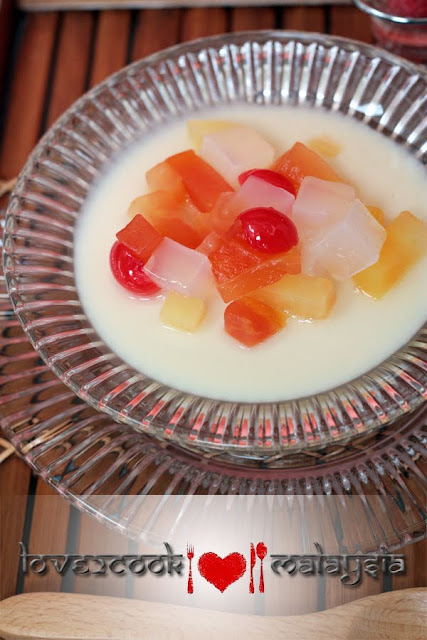 
* Kak Nor originally topped the pudding with lychees and sugar syrup, I used canned fruits cocktail and the syrup.
* I added drops of colouring to make the pudding more inviting, thanks Rishie for the idea! 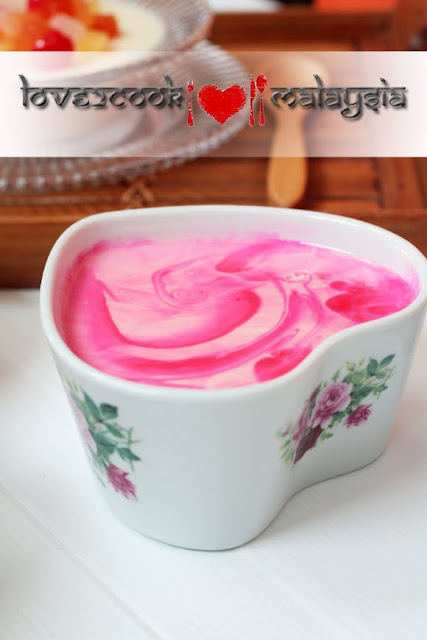 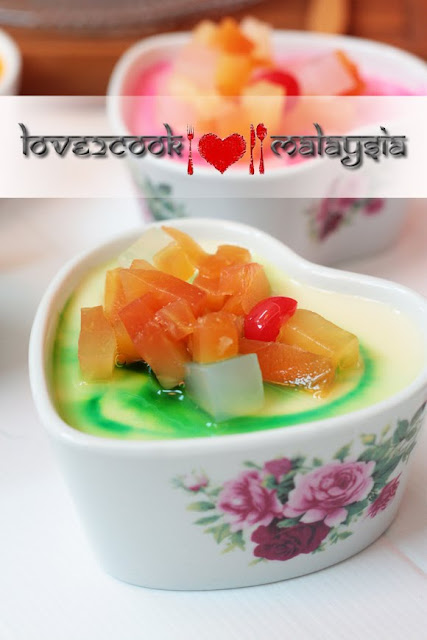 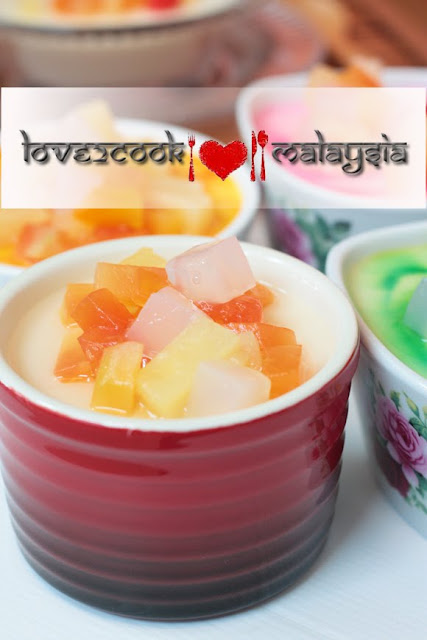 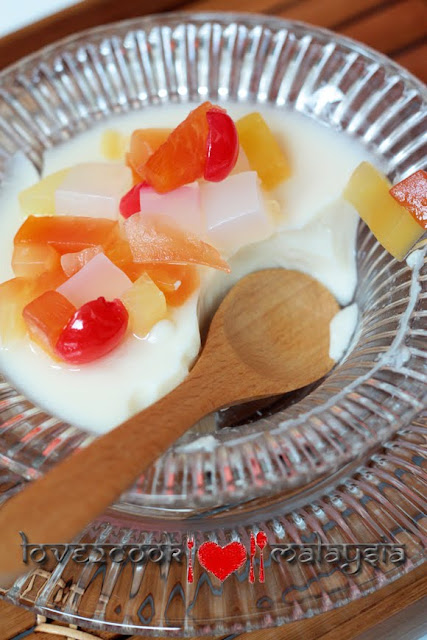 Thank You for coming over...