I know I've been missing from blog quite awhile. Most of you are aware that I'll be like a chipsmore when Hubby is in town...hehe! 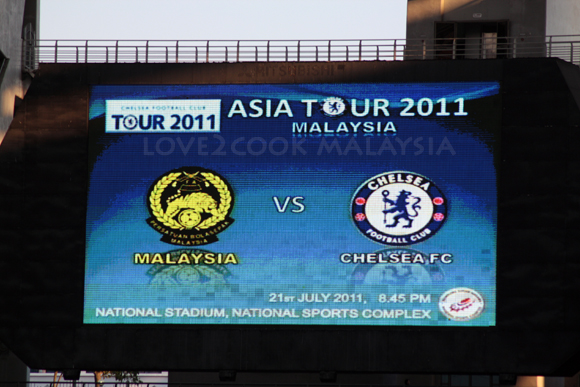 No food post for today...but on Chelsea FC vs Malaysia! I know it's kinda late update, seriously I had no time to spare but still wanna record the special day in my blog...hehe!

Glad to share some pics shot by my Hubby during Chelsea FC's recent Asia Tour to Malaysia. (He bought a new lens just for the show!!!) Chelsea FC faced Malaysian team on 21st July 2011 at Bukit Jalil National Stadium.

Hubby, being a hardcore fan of Chelsea FC bought the grandstand front row ticket soon after ticket sales announced, that was 2 months before the game. I know he was truly happy to see his most favourite stars live in action! He always amazed by saying every player's names. Not only Chelsea players but other clubs too...haha :)

He too never miss the opportunity to witness his stars live training on 19th July. Our son, Rishie, a Chelsea fan in the making went along to the training session.


Here are few photos from hundreds of pics taken on both the training and match day...hehe!
Won't be able to post all here...:) 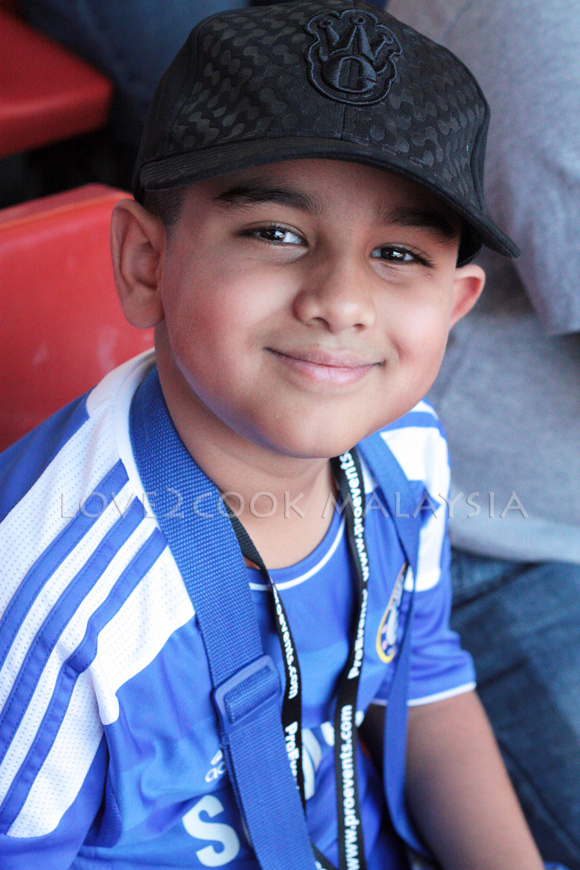 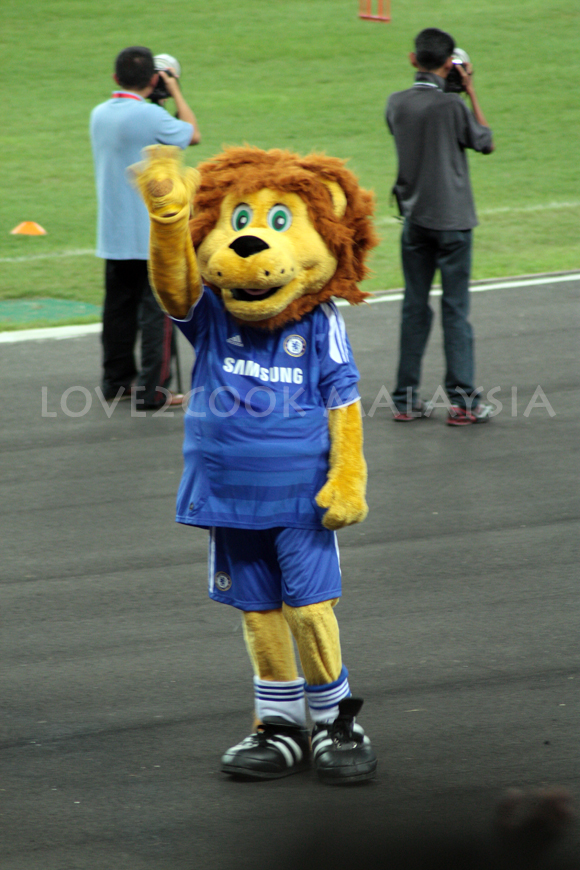 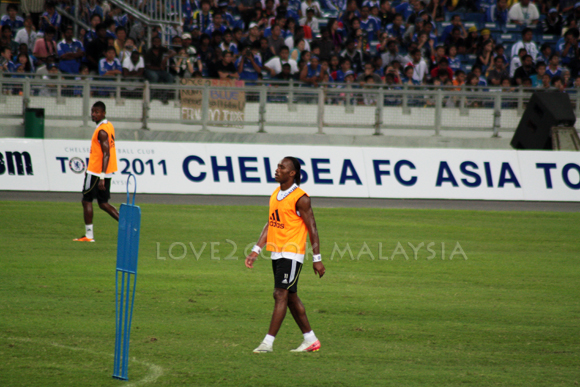 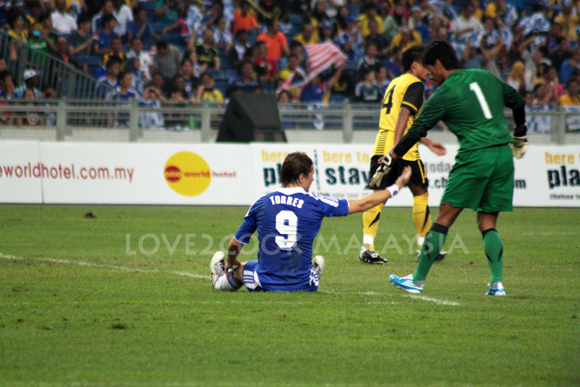 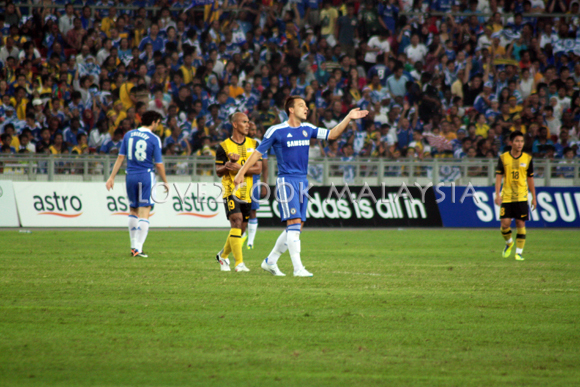 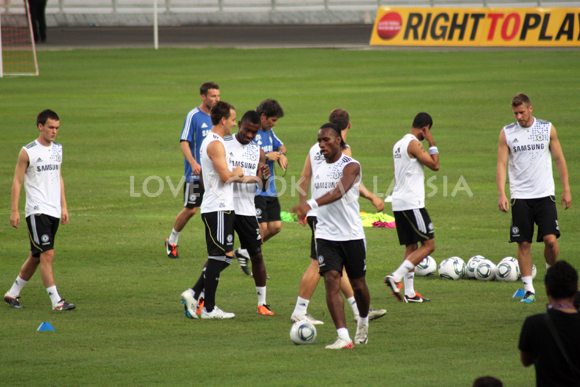 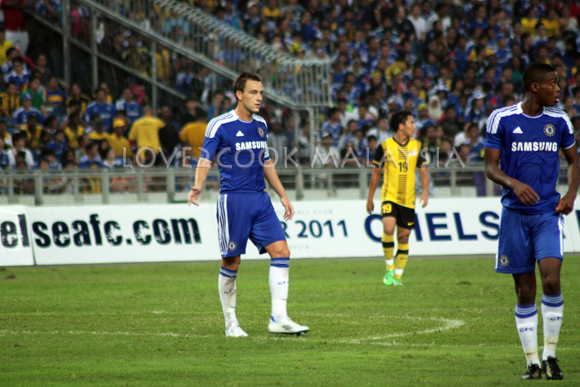 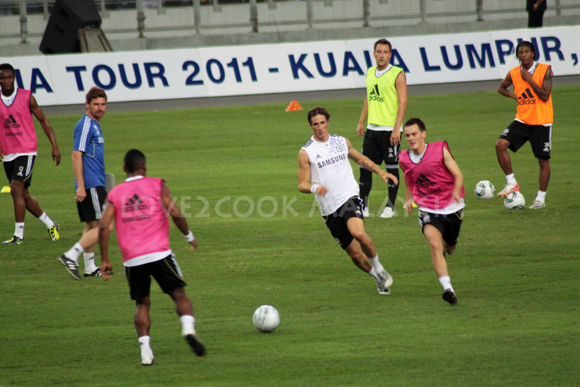 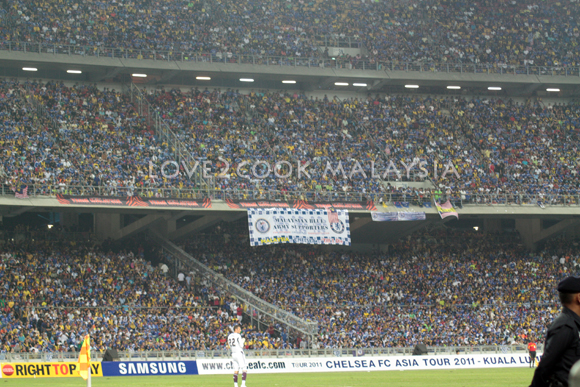 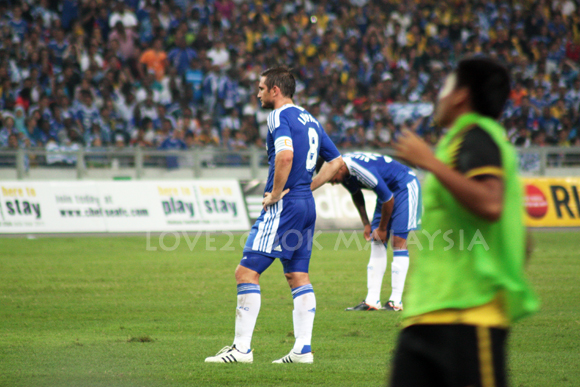 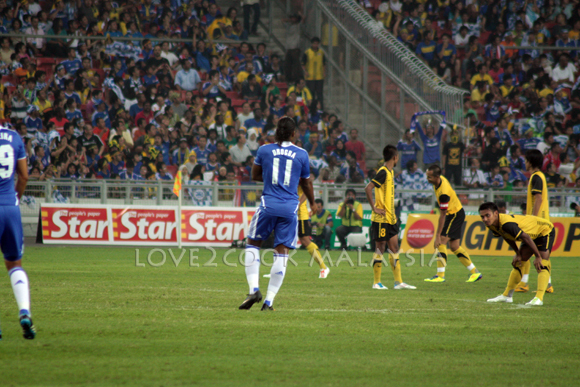 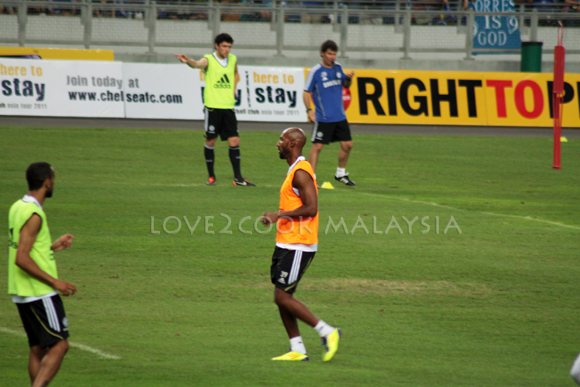 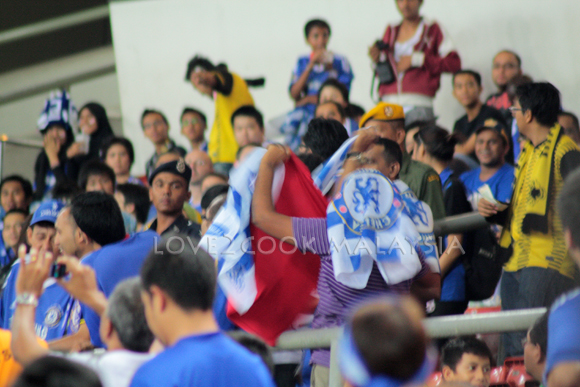 Okey, now moving on to the Bees!!!! Happened last Sunday...once we returned home from a vacation.

A huge colony of bees were making our shoe cabinet their new home. Rishie opened the cabinet and ran inside the house saying he got bitten by an insect and there were lots of them near the cabinet. I immediately shut the main door, looked outside the house and saw bees!!!

In just a blink of the eye, they started flying throughout our porch, gazebo and side walkway. We were so shocked to see hundreds of them! Nothing but bees roaming outside the house! Such a nightmare...

They flew back to the shoe cabinet after 10 minutes of roaming.

Thank God, Rishie was alright as no stinger left. Just the sting mark and little swelling, that too disappeared the next day.

Hubby quickly called Bomba (Fire Brigade) for help as other pest control companies were closed on Sunday. They informed us not to go out from the house and that they could only come over in the night. This is because the bees will be inactive in the dark. We also kept enough bottles of aerosols for them.

We stayed inside until the Bomba team from Sri Andalas, Klang arrived in their brigade vehicle around 9:45pm. There were about 5-6 of them. The bees, not at all aware of the surroundings, end up killed in the mission. Pity, but nothing else could be done for ours and neighbourhood safety.

Once the fire brigade left, we cleaned up the entire cabinet just to ensure no more bees. Hubby worked the most as I was feeling little uncomfortable after seeing the bees. Just felt like something bugging me all the time....lol!

Anyways, we'd like to thank Pasukan Bomba dan Penyelamat Sri Andalas, Klang for their time and quick action in getting rid the bees colony. TERIMA KASIH!!!

Unfortunately, we couldn't snap any pics during the mission as we had to stay inside the house with all doors and windows closed. This only picture was taken from quite a distance by Hubby in the evening. 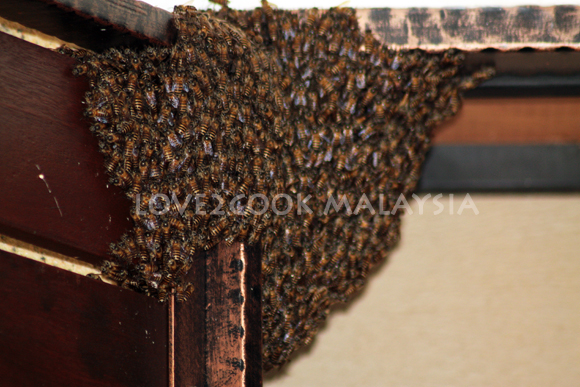 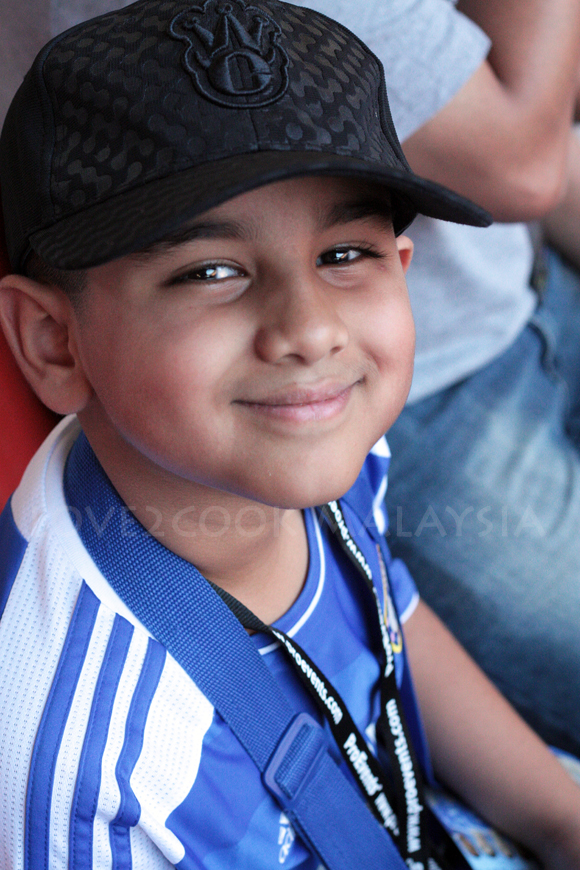 Thank God nothing happened to our boy.
Can't imagine how it would have been if he got stung by more bees.
Luckily he was fast enough to run inside the house.


Thanks for being here, have a wonderful day!